Sport Place With Muay Thai Camp In Phuket and Thailand

In this article you’ll take an excursion into the history of Verona and get acquainted with the most ancient buildings and constructions in the city.

It’s not known for certain when Verona was founded. Some historians have an opinion that a settlement on the site of modern Verona is founded by the Euganei – the tribes that were pressed by the Cisalpine Gauls in about 550 BC. But this is only one of a few versions.

What historians know for sure is that Verona became a Roman colony in 89 BC, so the oldest city constructions survived to our days were built by the Romans.

Ponte Pietra is among the oldest construction in Verona. The original ancient Roman bridge was built in 89 BC. The 120 meters long arch bridge crossing the Adige River today is dating back 1957. 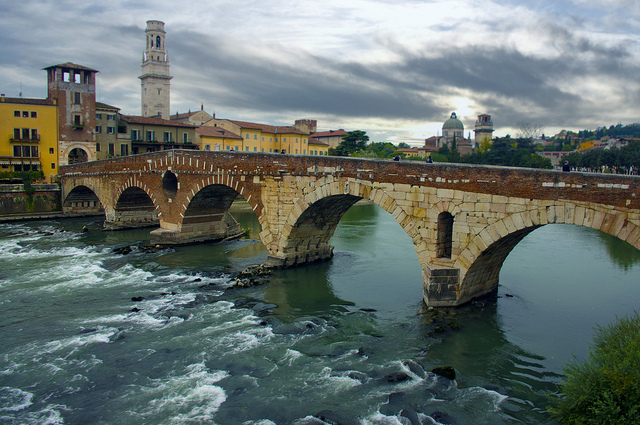 The last time Ponte Pitera was destroyed by retreating German troops in 1945. In fact, they blew up every single bridge in the city.

Despite many changes and restorations that took place during the period from 89 BC to the 20th century, the Ponte Pietra still remains a shining example of Roman construction in Verona.

It’s believed that the Arena was built in 30 AD, 42 years before foundation of the Coliseum in Rome.  It inferiors to the Coliseum in sizes, but it still remains the Italian third largest Roman amphitheatre. 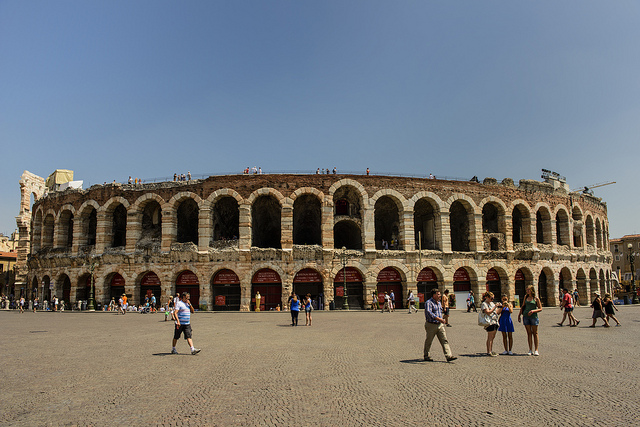 Despite its considerable age, the Arena di Verona has remained virtually untouched by unforgiving passage of time. It’s so well preserved that even nowadays holds various events including famous Verona Opera Festival.

Porta Borsari built of white stone in the middle of the 1st century is a shining example of a high level of skill of ancient Roman architects and builders.
Whereas nowadays the Porta Borsari is just one of the historical city attractions, 2 thousand years ago it was important outpost, which housed the Roman garrison guarding the entrance to the main street of Verona. 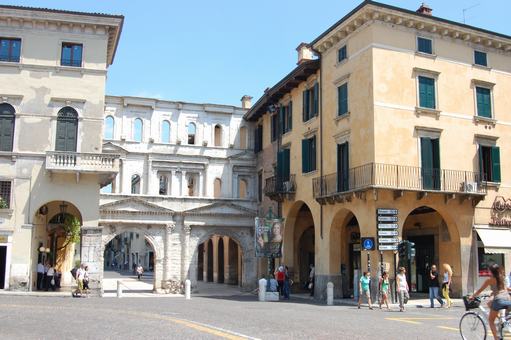 If you look attentively at the fronton of the gate’s lower tier, you’ll see ancient inscription “Colonia Verona Augusta”. It was the name of Verona during the time of the Roman Empire. 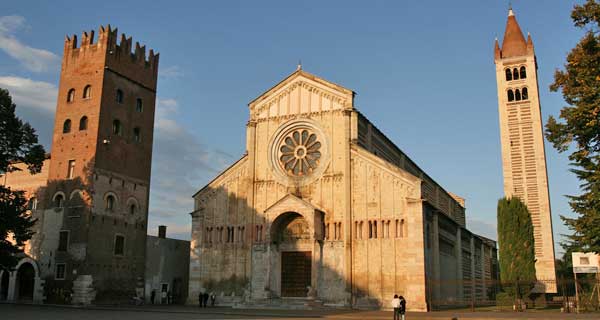 Saint Zeno is considered a patron of Verona. It’s therefore not surprising that the Basilica built in his honor approximately in the 10-12th centuries, nowadays is the main church in the city.  In the crypt of the Basilica, there is the tombstone of San Zeno. He was a bishop of Verona for eight years from 362 to 380 and became famous due to his various noble deeds. 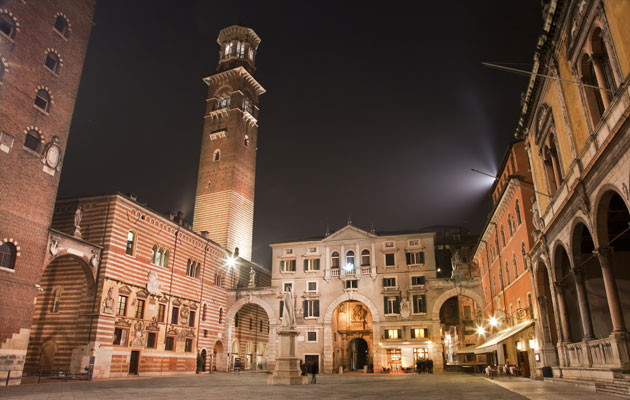 The Lamberti Tower is very popular among tourists due to the fact that it has observation desk at its top.  You can climb on your own by overcoming steep stairs or pay a small fee and use elevator. This medieval tower was founded in the 12th century but later it only grew until it reached 84 meters in height.

It’s interesting to know that similar constructions are in many Italian cities. Perhaps, the most famous ones are two leaning towers in Bologna. They were also built in the 12th century and as the Lamberti Tower were designed not only for defensive purposes, but also to show a high social status of the family who owned it. 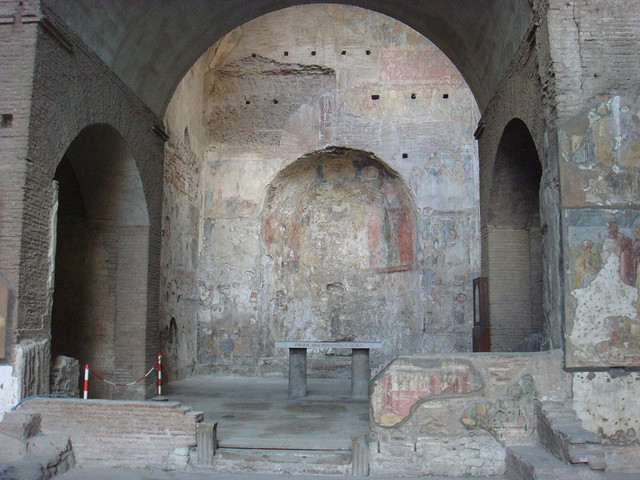 In translation from Italian “antica” means “ancient”. Indeed, the Santa Maria Antica Church is among the oldest ones in the city.  In fact, the very first temple located on its site was built in the 7th century, but didn’t survive an earthquake in 1117.

To our days, the Santa Maria Antica Church has preserved its original quite ascetic interior decoration. Walls are covered with brick and masonry lining and there isn’t any outstanding decoration either inside or outside the church. 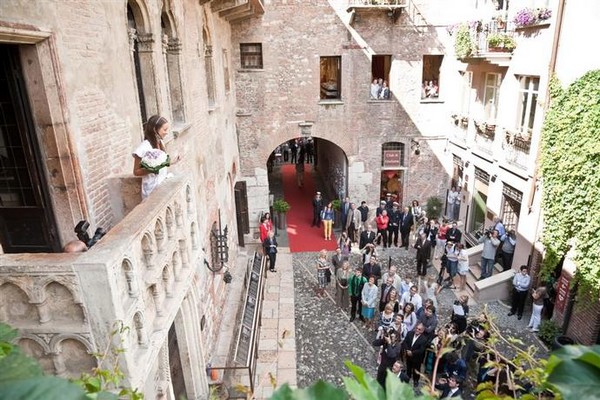 If there is a little chance that Juliet, described in Shakespeare’s play, really existed in the real life, then more likely she lived in the old house located on Via Cappelo Street in Verona. The famous Juliet’s House once belonged to the family dell Capello who probably could be described as Capulet. Anyway, the Juliet’s House today is very popular landmark attractions visited by hundreds of tourists each day.  The place is usually crowded by couples willing to kiss under the Juliet’s balcony. 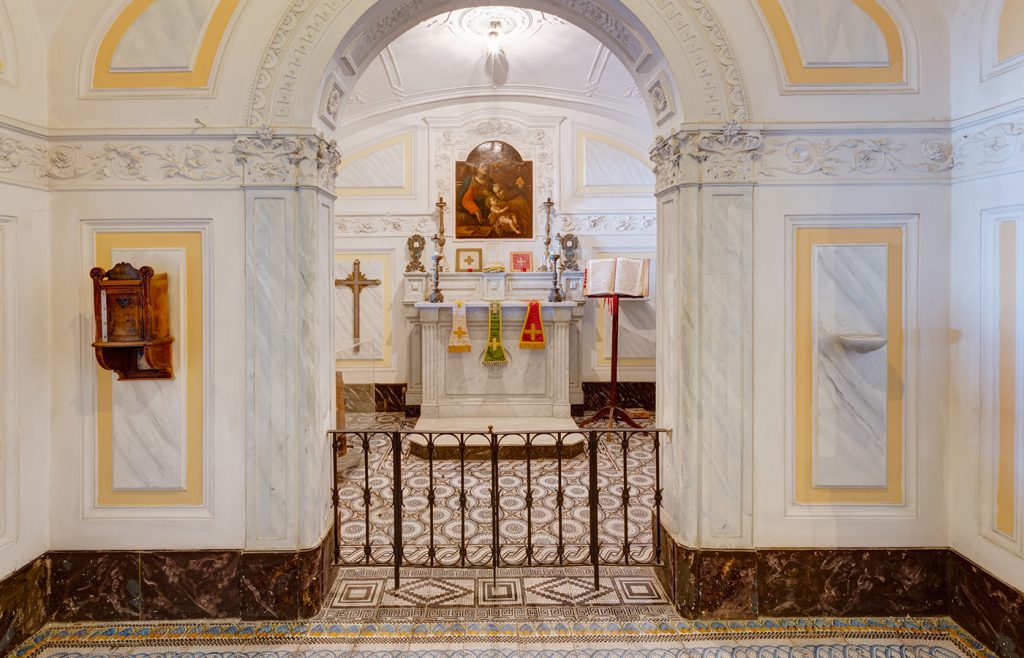 This Franciscan monastery was hardly damaged during the Second World War. In its survived buildings, there is museum being operating since 1973. It stores a collection of frescoes brought here from various reasons from different churches in Verona.  But the major exhibit is so-called Juliet’s tomb – sarcophagus dating back 13-14th century. 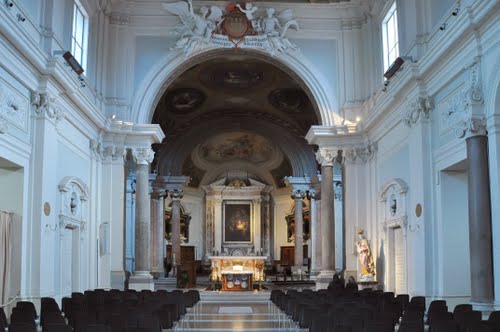 This three naves basilica is the largest church in Verona. The facade of the basilica, made in Roman-Gothic style, looks modest since its facing isn’t finished yet. The interior in contrast to the exterior is richly decorated with paintings in the Renaissance style. 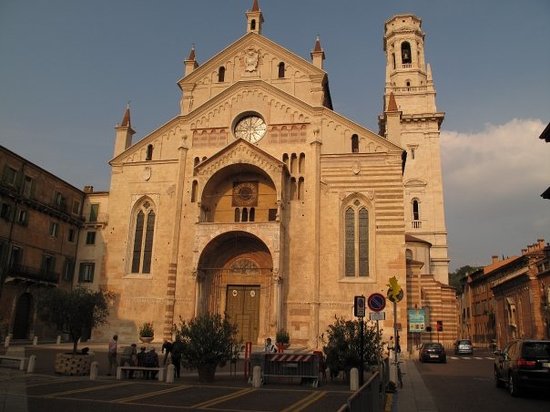 It’s the main Catholic cathedral in Verona. It stands on site of an ancient Roman temple.  In addition to the beautiful interior decoration, you’ll also see real masterpieces of the Renaissance inside the Verona Cathedral. Here, the following paintings are stored: Assumption of the Virgin by Titian and Adoration of the Magi by Liberale da Verona.

Castelvecchio is a castle that was a residence of the family of Scaliger the Lords of Verona. Inside the castle, there is a quite interesting museum with the collection of Romanesque sculptures and paintings by Pisanello, Tintoretto, Vittore Carpaccio and others. On the last floor, there is an access to the observation deck offering nice views of the Adige River and the city. 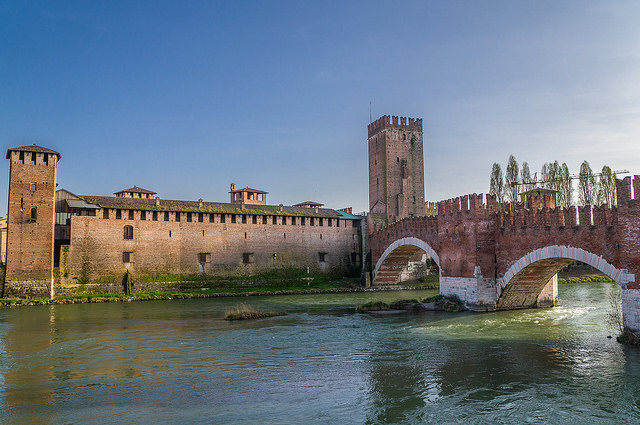 The fortified Scaligero Bridge was built on to the Castelvecchio in the 14th century as way to escape from anomies in case the castle is sieged. As well as all Verona bridges, it was destroyed by the Nazis during the World War II. The Scaligero Bridge was completely restored and nowadays it’s one of the main symbols of the city along with the Juliet’s House and Arena.

Would you like to visit all historical attractions in Verona during one weekend? Then use advantages of driving a car rental vehicle! Enjoy freedom of movement and an excellent way to see all city landmarks without much effort: http://italy.rentalcars24h.com/verona-airport.

Author Bio: Lily Berns likes adventurous trips and keeps herself on traveling for most part of the year. She likes to share her views to get effective vacation and she suggests using RentalCars24H service for enjoying your trip.