In the past, the merest mention of the word ‘documentary’ conjured up images of boring scenes narrated by equally mind-numbing voiceovers by individuals who couldn’t quite make the grade as real actors, scientists who might have been great at carrying out cutting-edge research, but who put their audiences to sleep in seconds, or investigative journalists capable of unearthing the misdemeanors of celebrities and politicians, but whose voices lacked color and tone. Documentaries tended to be the fillers before the feature movie was screened, the programs insomniacs watched at 2am when there was nothing else on TV. 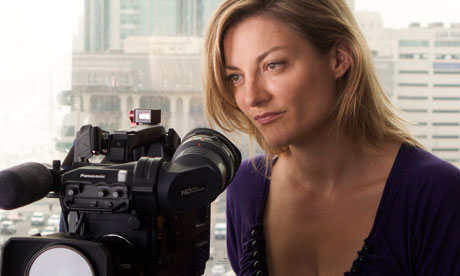 However, all that has changed, and now people actually pay to go to the cinema to see documentaries or stay home to watch them on TV. What happened, why has the genre become so popular, is this the golden age of the documentary?

There seems to be a number of reasons for the recent upsurge in interest. First off, there is the imagery; technological advances have made it possible to literally have a bird’s eye view of the world thanks to tiny cameras strapped to the creatures’ backs. Wildlife documentaries provide stunning examples of the cinematographers’ art, whether it is killer whales (orcas), chasing seals onto a beach or condors soaring high over the snow-capped Andes. Documentaries, while still having a hard-hitting tale to tell, have also become more entertaining. One of the first, and arguably the best examples, was Michael Moore’s Fahrenheit 9/11, which became the first documentary ever to win the Palme d’Or at the Cannes Film Festival in 2004. More recently, in 2013, former Universal co-chairman,  Marc Shmuger , who is now CEO of the Global Produce film company, released We Steal Secrets: The Story of WikiLeaks. Written and directed by Alex Gibney, this documentary tells the story of the rise of WikiLeaks, its founder Julian Assange and the part played by Bradley Manning in making public many thousands of top secret and highly confidential government and militarily sensitive documents.

One of the most significant changes in the way documentaries are now presented is that their directors have come to recognize the importance of making their movies exciting and dramatic, without losing sight of the fact that they must remain factual. According to Anna Godas, the CEO of UKs leading documentary distributor Dogwood, the 2010 film Restrepo, which tells the story of soldiers fighting in Afghanistan, could have been marketed as a downbeat story of the hardship they suffered while fighting the Taliban, instead it was sold as an action film, immediately making it more attractive to audiences.

Continuing with the theme of how documentaries have been made more dramatic and exciting, there is the role soundtracks have to play. As with a ‘normal’ movie, music can be used to create a sense of atmosphere, build tension or induce a sense of calm.

A number of documentaries to be released in 2015 are well worth looking out for. They include:

There is a theory that cinema audiences have had their fill of comic book superheroes and violent apocalyptic disaster movies, and instead are turning to stories telling of real-life human dramas and the wonders of the natural world. The latest crop of documentaries seems set to continue building on the foundations laid by those who have dedicated their careers to the genre.