Do you use Hacks and Cheats?

The question is simple: do you use, or have you ever used hacks or cheats for any video game? The answer should be also simple, just yes or no is enough. However, this looks simple just at first glance. There are hacks and there are HACKS, as one of my friends used to say. And of course, there people and people around the world, and each of them has own, unique reason for using hacks and cheats in games. Here are some of the most usual reasons for using hacks and cheats in video games. 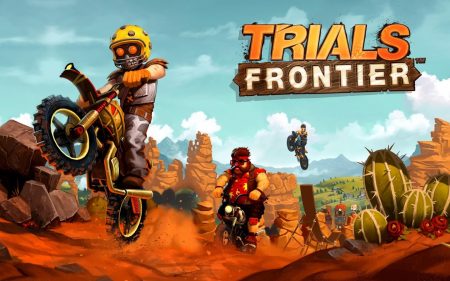 Using Hacks to Win in the Game Against Computer

This is especially true when it comes to older video games which had only single player content. Before internet became inseparable part of our lives, video games were mostly played by one player. Multiplayer games had the options for 2 up to 4 players playing against each other on same machine. But before internet, more than 80% of all published video games were exclusively for one player. And they were damned hard. Back then there were many limitations in game. Their only purpose was to make video game harder and longer.

Video games had not enough content for longer playing but they managed to cope with it by adding additional difficulties and obstacles so player needed more time to finish the whole game. Just to mention some of these limitations, with number of “lives” being number one factor in 90% of those games. Tough bosses, difficult puzzles, limited time for mastering the game and many other factors were making the games so difficult that making hacks and cheats seemed the most logical thing. Most of these hacks dealt with these difficulty factors in video games. You would find cheats for unlimited lives, infinite time or infinite energy.

Also, popular hacks were those for unlimited ammo and unlimited special attacks for first person shooter games. But this was more or less all of the hacks available for these games. And virtually all people used hacks in order to make these games easier so they can beat the computer and finish them. There were few people who were skilled and fast enough to play these games all the way to the end without using help. And for the first 20 years of video games existence this was the most common reason for using hacks and cheats.

Using Hacks to Win in the Game Against other Human Players

Even in early video games there was some form of multiplayer, usually player versus player fight on the same computer. Some consoles and computer had interface for connecting up to 4 joysticks or gamepads to the device so up to 4 players could compete in the same game. Of course, cheating was not possible in those games since all players were playing the same game version, so only thing that was possible was to unlock cheats for all of them in the same time.

Of course, the only use for these hacks was to give that player a better chance against his opponents. The only reason someone would use any of these hacks was, and still is today, to win against other players. After all, all of these games have single player content which is already easy enough to win, so using of hacks and cheats for FIFA 15 or in a single player (even though it can be done) doesn’t make too much sense. Even today, must of first person shooter video games have the option for applying all hacks and cheats both in single player and in multiplayer mode, although we know very well that they will see their use only against other players. For use in single player mode, you have to be either very unskilled in these games, or really want only to have some fun without making any effort.

Now we come to one of the common reasons today for using hacks and cheats. This is simply an urge to have fun in video games, instead to observe them as challenge or some story which needs to be told. For example, we all know that famous GTA has story behind the game, although it is one of the open sandbox games. In fact, it became popular exactly because it was always an open sandbox game. But if you want to follow game story, you will discover it has a very good one indeed. However, people who use some whacky cheats for GTA and unlock some crazy hacks usually are not interesting in story at all; they just want to try some stuff that is most interesting for them.

Tags: games hacks for games Why do people use